Hello everyone, it’s another interesting week here in the first grade.

As a part of our morning routine, we take notes about the weather, debating whether it’s rainy, sunny, cloudy, etc. outside… One of the different weather conditions we talk about is windy (רוח). Unfortunately, 2 weeks ago, a big storm tore away the flag from one of the businesses situated across the 417, leaving us completely lost when it comes to determining the level of wind outside.

That is why the first grade decided to spring into action and use their hard earned vocabulary into use. We sat down and wrote a stern, yet firm, letter to the Customs and Immigration Union (look it up, this is the real deal), asking them to bring their flag back. We also took the liberty of drawing some nice depictions of how the loss of the flag makes us feel, and these are some of the results: 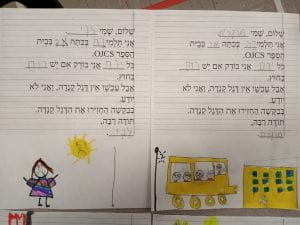 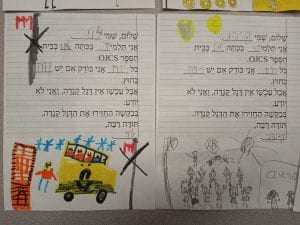 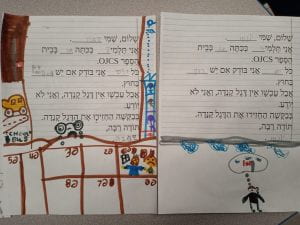 Now we just have to hope that if they don’t bring the flag back for their own national pride, at the least they’ll do it for the children!

I hope that there will be updates to follow,

The last two weeks we have been talking about winter clothes and we have been doing different fun activities so that the children can remember the new vocabulary. It goes without saying that we regularly review previous words such as the colours, the numbers, the days etc.  Next  week we are learning the geometrical shapes. As far as reading is concerned, I follow their reading daily insisting on the correct pronunciation and the meaning of the words. In addition, I read with each one of them almost every day in order to boost their confidence. Since they are familiar with the books in Je lis, I started giving them simple  comprehension activities related to the stories so they get the chance to see, write and read the words again. Regarding the sounds, we have started exploring the complex ones like U, and OU and we will continue doing so because once they can recognise them, their reading will improve considerably. I strongly encourage you to go over the sheets they bring home when you have some free time, or even when you are out, and you see a sign in french ask them to identify any sound they know.  The great thing about Canada is that everything is written in both languages so even a simple walk to the supermarket can be a learning experience. Don’t forget that repetition is the mother of learning. 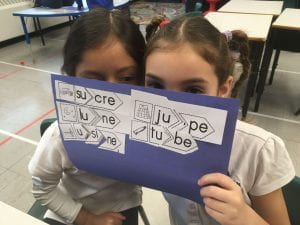 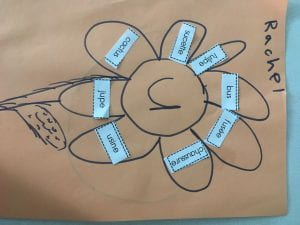 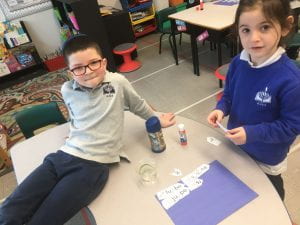 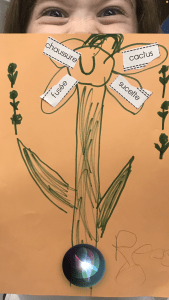 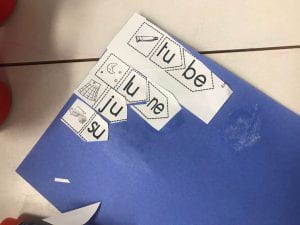 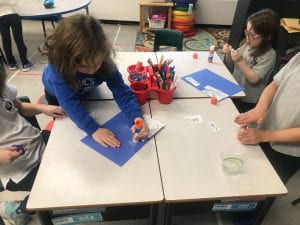 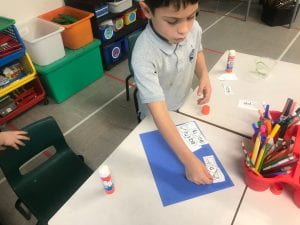 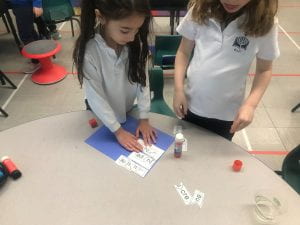 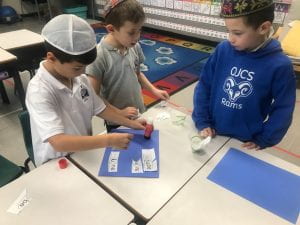 As I’m getting used to the hardships of winter (clearing the snow from my car, every, single, morning, is a new one for me), I had the pleasure of sitting in my car for 15 minutes straight waiting for my fingers to thaw. During that time I came across a meme that really reflects my way of thinking about how school should be.

It reminded me that while my “I believe” is heavily influenced by this idea, I still need to communicate that to my surrounding. So here it goes:

Since I encountered this phenomena many, many times in the various jobs I had, I believe in the power of incentivizing and fear the impact of dicentivizing. Therefore, I try my best to include the former, not the latter, in my teaching.

That is why I added a new, 100% optional, incentive to do the homework, a game. The game reinforces only some of the words in the homework, offering sound and translations to several words. Please only play the game if the kids have done their readings and still have some time and energy to play the game.

I hope this makes the homework experience more enjoyable,

Happy New Year 1B Families! It was so exciting coming back to school yesterday and seeing all of the smiling faces and I can’t wait for the rest of the year.

-Note totes and the blue homework tote should be returned to school everyday. We check note totes on a daily basis and are constantly adding things to them or taking things out.

-All students need indoor shoes at school. Students are not able to participate in gym class with their winter boots or in socks so it is important that they have a pair of shoes at school that can be worn inside.

Here is a copy of our monthly newsletter as well as the January homework choice board. All of the worksheet activities have been sent home manually and are in the blue homework tote.

In exciting news, 1B has hit their goal of having 25 bingos which means they have earned their reward! After a close vote, the students have voted on having a movie and stuffed animal morning on Friday to go with pyjama day. Students are allowed to bring one of their stuffed animals to school that day to cuddle up with during our movie! I am so proud of them for all of their hard work!! 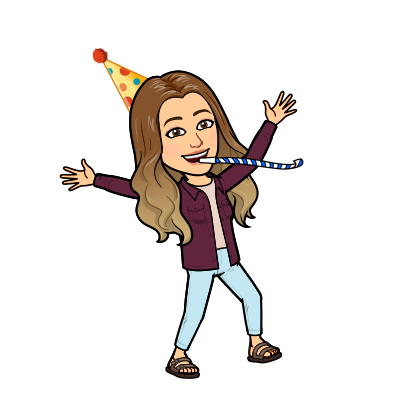 What an exciting month December has been!!! We are all looking forward to observing different celebrations and spending quality time with our loved ones. In class, we started our theme, Winter. The students got familiar with the new vocabulary through games, poems, songs, and writing activities. We keep working on our letters and sounds, and I must admit that I am happy with their recordings. The more they read and practice, the better they become. After the holidays, they will also do a comprehension activity linked to each story. This will help them understand the story and remember the vocabulary. In addition, we did some math activities in french learning, plus, égale, and practicing the numbers. We also watched a show about the planets, and the kids drew Space with the names of the different planets. Finally, we explored all the vocabulary associated with the celebration of Hanukkah, and they did a word search, mazes, and decoding sentences, bingo games. 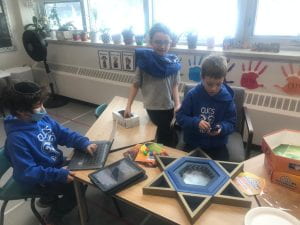 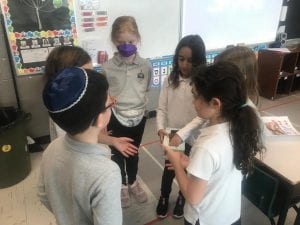 They sang beautifully in french during the school event. And as if that was not enough, I decided to expose them to Greek mythology so I read to them the story of Dedalus and Icarus the famous engineers who constructed the wings to escape from the prison in Crete, but unfortunately, the latter did not follow the father`s advice and flew very close to the sun so his wings melted and he fell in the sea and died. They were so excited! so along with the drama teacher we made the wings, and the kids decorated them with feathers. They flew only in the classroom. Thank goodness!
I wish you all happy and restful holidays!

In the end, it was all that really mattered!

Grade 1 has been working so hard on their Hebrew skills for almost four whole months now, last Monday they got to put  those skills to use in real life. We had our second meeting with a group of Israeli children who got to practice their English, while we practiced our Hebrew. We spoke about how old we are, what are our favourite sports and colours, what we like to eat and drink, it was a blast.

It was an amazing experience for the kids, who got to see how quickly they could use the Hebrew they know to express themselves in a coherent manner. Lastly, it was an amazing time for us Hebrew teachers, we got to see the fruits of our labor grow right in front of us. Trust me when I say, I’m one happy gardener…

From everyone in the grade 1 team.

Once they were done, they became film makers! They took charge and recorded their own videos explaining the important places and people that they thought of. I was so proud of their hard work and I wanted to share their videos with you.

In Leni and Reagan’s community you will find a fire station, a school, a police station, a vet, and a hospital.

Callie, Adlai and Dahlia wanted to include a variety of important places in their community. They included a school (OJCS to be exact), a hospital, a grocery store, a vet, houses, a police station, and a fire station.

If you were to visit Seth and Lev’s community you would find a school, houses, a hospital, a park, a dentist, and a doctors office!

In the final 1B community, Levi, Noah and Hallie included many police, doctors and nurses. There you will find a police station, a grocery store, a work place, a doctors office, a school, a fire station, and a vet!

What important places and people would you include in your community? 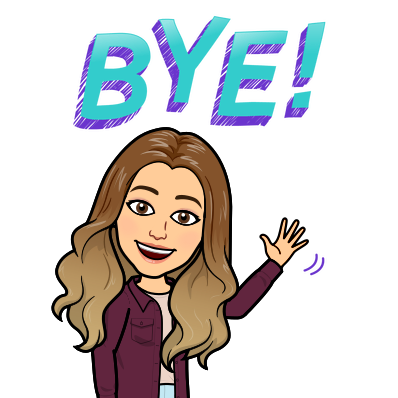 It’s that time we’ve all been waiting for…a new homework choice board! The students did an amazing job last month with the homework board. If your child still has not brought in their homework board with activities checked off please send it back to school as we are counting how many “BINGOs” we got as a class!

I have learned from last month and tried to make this month easier. I have sent all of the homework activites home in a plastic “Homework Folder” for each student. This is for everyone who wanted the sheets printed off last time. To submit these sheets students are welcome to bring the papers back to me, upload a picture to Classkick (using the link on the bingo board), or emailing me a picture of them!

Please let me know if something doesn’t make sense or any comments/concerns!

December Homework Board by k.zuorro

We have two exciting things coming up on the OJCS calendar and we want to make sure that you have your calendars marked! 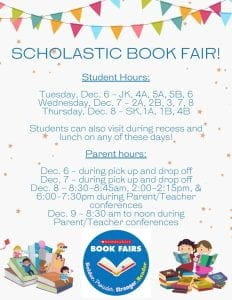 This is a great way to support the OJCS library while also purchasing books for your library at home! We will be visiting as a class on Thursday, December 8th. However, throughout the week, parents can pop into the book fair before and after school; it opens at 8:30AM and closes at 4:00PM. The book fair will also be open on Thursday night (Dec. 8) during P/T Conferences from 6:00PM-7:30PM and Friday (Dec. 9) during P/T Conferences from 8:30AM-12:00PM. Feel like shopping from home? Use the Virtual Book Fair Link! I will be sending home a flyer today that you can browse with your child in preparation for the Book Fair! We have already started putting together our class wishlist!

On Tuesday, December 20th at 6:30pm, we will gather as a school community to celebrate Chanukah IN PERSON for the first time in years! Come join us for an evening of performances and a sweet Chanukah treat.

We, at last, finished the puzzle we created with 1A… and are excited to put it up…

Our class was filled with giggles as we practiced the Hebrew words for on, under and in –  Al, Tachat & Bah… 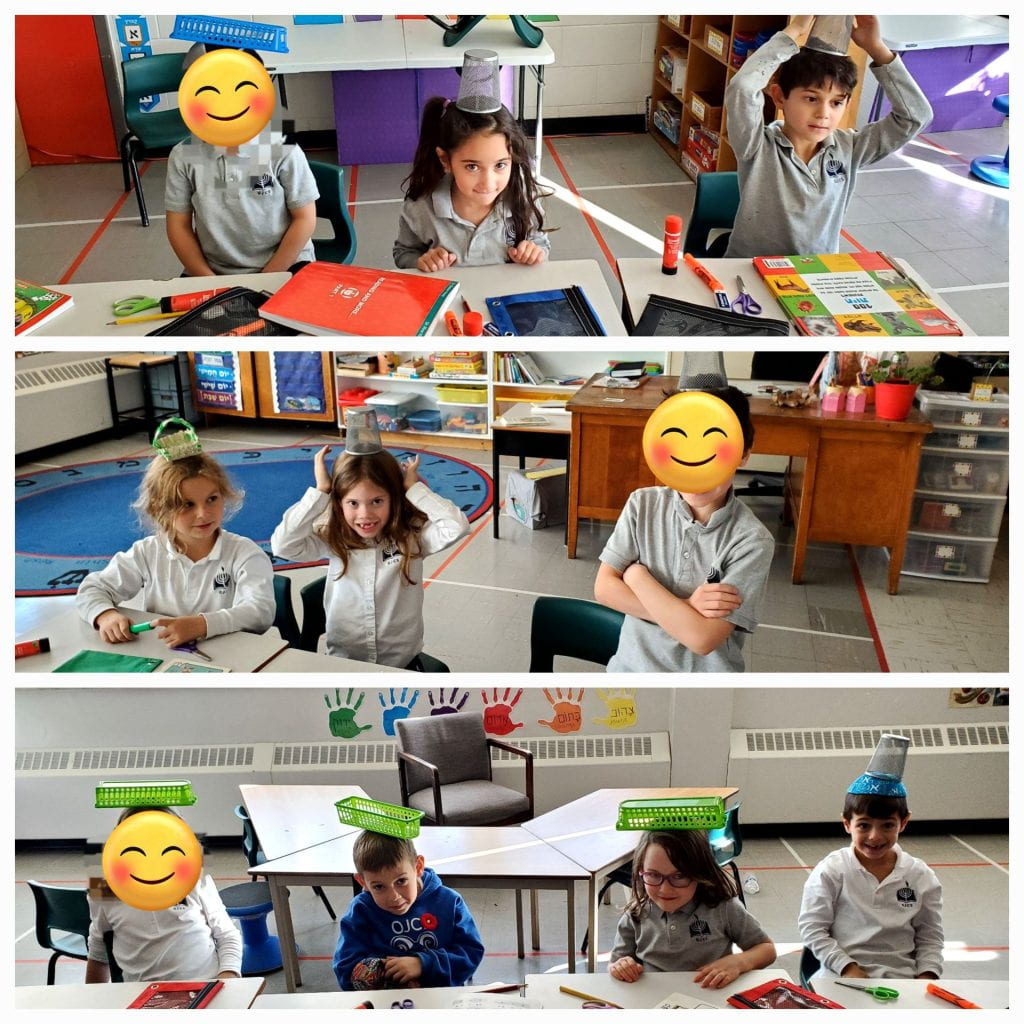 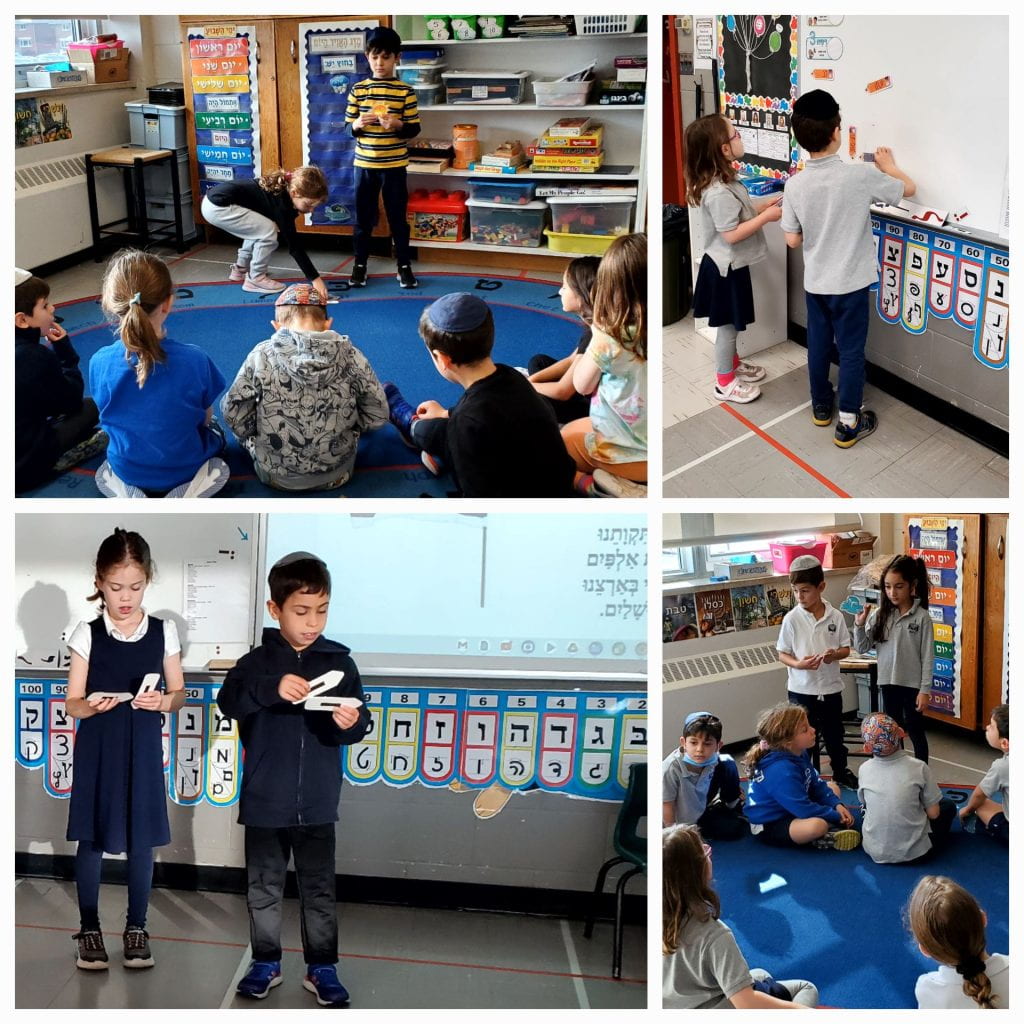 Stay up-to-date on all the latest posts